Arrival in St. Petersburg. Transfer to the hotel. Accommodation.

City sightseeing tour. During the tour you'll drive along the main streets of the city and see the main tourist attractions and city-symbols – the St.Isaac Cathedral, the Kazan Cathedral, Palace Square, the Rostral columns at the Spit of Vasilyevsky Island. You will visit the Peter-and-Paul Fortress. The fortress was founded in a small island in the Neva delta on May 27, 1703 and that day became the birthday of the city of St Petersburg. Duration of the excursion is about 3 hours. Lunch in one of the city cafes. After lunch you'll have a guided visit to the Hermitage – the biggest museum in Russia and one of the biggest and most prestigious museums in the world. The Hermitage occupies 6 building and has over 3 million items in its collection. Back to the hotel by metro.

Bus excursion to Tzarskoe Selo. The Catherine's Palace is undoubtedly Tsarskoe Selo's top attraction. The palace was several times reconstructed according to the tastes of its owner. The resultant palace satisfies the taste of Empress Elizabeth, who adored luxury and whose court was one of the most splendid in all Europe. She owned more than 12 thousand ball gowns and never put the same gown twice. In the palace you'll see the marvelous golden Enfilade of state rooms, the Great Hall that was used as a ball room and the legendary Amber Chamber – the room decorated only with different types of amber. During the World War II the room was lost and it took 12 million USD and over 20 years to recreate the room. Nowadays it is a truly unique monument, a must-see to all the visitors of St.Petersburg. You'll take a private car/minivan trip to Tsarskoe Selo, visit the Catherine's Palace and the picturesque French formal garden. You'll have lunch at a cafe in Tsarskoye Selo. A private car/minivan will take you back to the hotel. The trip duration is about 5-6 hours depending on the traffic.

Excursion to the Russian Museum of Fine Arts which houses one of the most brilliant collections of Russian painting - from icons to avant-garde of 1910-20’s. Afternoon is free. Transfer to the railway station for the overnight train to Moscow.

Meeting at the station. Early breakfast. Moscow sightseeing tour. You will see the main highlights such as Red Square which is famous for imposing reviews, incomparable St. Basil's Cathedral, buildings of the Historical Museum and the State Supermarket (GUM); you will enjoy the beautiful view of the city from the observation platform of Vorobyovy Hills, you will also visit the Cathedral of Christ the Saviour and many other prominent places. Duration is about 3,5 hours. Transfer to the hotel. Accommodation. Free time.

Visit to the Moscow Kremlin, the former residence of Russian Tzars and an architectural ensemble of unique beauty, where you will see how ancient architecture coexists with modern political center. The Kremlin Wall with its 20 towers encircles beautiful cathedrals Blagoveshchensky, Uspensky and Arkhangelsky, Granovitaya Chamber, Bell Tower "Ivan the Terrible", palaces, chambers, museums, enormous "Tsar-Cannon" and "Tsar-Bell". Duration is about 4 hours. Lunch in the city. Walking excursion along the pedestrian Arbat street (1, 5 hour). Back to the hotel by metro.

Visit to the Tretyakov gallery, a treasure house of old Russian art from the 11th century till our days. Now the museum holds more than 50 000 works of painting, art and sculpture. Duration is 2 hours. Free time in the city.

Transfer to the airport. Depart from Moscow. 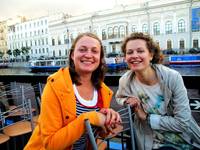 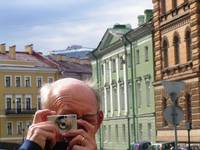 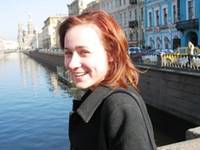