Arrive in St-Petersburg. Transfer to the hotel.

In the evening we’ll have a walking city tour. We'll walk along the Nevsky Prospect, and see the couple of main highlights of the city - The Church-on-Blood, the Kazan Cathedral, the Palace Square and the Winter Palace, visit the Summer Garden.

We’ll continue our acquaintance with the city highlights during a bus-supported city-tour. The city tour will finish not far from the Hermitage After lunch you'll have a guided visit to the Hermitage – the biggest museum in Russia and one of the biggest and most prestigious museums in the world. The Hermitage occupies 6 building and has over 3 million items in its collection. We will visit the Summer Palace building.

In the morning drive to Tsarskoe Selo to visit the Catherine's Palace – the royal estate famous with its Amber Chamber – the room decorated only with different types of amber. During the World War II the room was lost and it took 12 million USD and over 20 years to recreate the room. Nowadays it is a truly unique monument, a must-see to all the visitors of St. Petersburg. After lunch we’ll have some free time to stroll in the picturesque French formal garden.

In the afternoon we’ll depart for Sortavala, the road takes about 5-7 hour depending on the traffic.

Arrive in Sortavala late in the evening.

A full-day trip to Valaam – the largest island in Ladoga lake, the largest lake in Europe. On the island we’ll visit the Valaam Monastery founded there in 10th century by Greek monk Sergius. It is considered to the most important monastery of the region. Besides that the nature of the island is very picturesque

Lunch at the refectory of Cathedral.

Return by boat to Sortavala.

Drive to Ruskeala Mountain Park for a short excursion to the Marble quarry.

Then drive to Kinerma – a 400-years old Karelian village. The village is located almost between Sortavala and Petrozavodsk. We’ll have lunch in a family in a traditional house. Walking tour around the village accompanied by the locals.

Continue driving to Petrozavodsk where we arrive late in the evening.

A full-day trip to Kizhi Island. We’ll get there by hydrofoil. The island Kizhi is hidden in the waters of Onega Lake and is famous with the 12-domed wooden Church of Transfiguration which is said to be built without a single nail.

Return by hydrofoil to Petrozavodsk at about 5 p.m.

In the evening guided walking city-tour.

Drive to Kem. On the way we’ll have several stops:

- A short walking tour along the nature reserve Kiwatch where we’ll see the waterfall Kiwatch;

- A short walking tour to the Belomorsk petroglyphs.

Arrive in Kem in the evening. Accommodation in a small town Rabocheostrovsk 10 km from Kem, the hotel is located very close to the pier to Solovetsky Isles that we’ll visit the next day.

Boat trip to Solovetsky Isles – a large archipelago located in the White Sea consisting of 6 bigger islands and about hundred smaller ones. The road takes 2 hours to get to the Big Solovetsky Island.

After checking-in in a hotel we’ll have a guided visit to the Solovetsky Kremlin where nowadays there is Solovetsky Monastery founded in the middle of 15th century and a historical museum.

A boat trip to the Zayatsky Island famous with its old Labyrinths or in case of bad weather forecast some other excursion on the Big Solovetsky Island.

Bus excursion to the Sekirnaya Mount. After the October Revolution there was a first Soviet prison camp (GULAG) which was closed in 1939 and on this mount there was a punishment isolation cell. Right now there is a GULAG memorial there.

Depart by boat to Rabocheostrovsk pier.

Transfer from the pier to the railway station in Kem for the night train to St-Petersburg.

In the morning arrival in St. Petersburg from Kem.

Transfer from the railway station to the airport for departure flight. 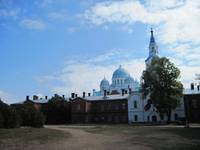 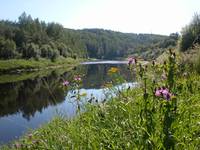 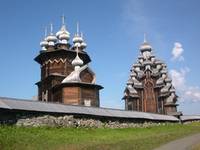