Arrive in Moscow. Transfer to the hotel.
Overnight in a hotel in Moscow.

Vehicle supported sightseeing tour of Moscow.
Moscow is a dynamic developing metropolis with more than 870 years history. During the tour you will see how different epochs can coexist at one city: the Red Square with the 14th century St. Basil Cathedral and the Kremlin and the newly constructed modern Zaryadye Park; the first Russian sky-scrappers the so-called Stalin Sisters built in 1950s in the original Stalin Empire style and the business center Moscow city (the tallest tower in the complex is 373 meters high). Optionally you can visit one of the observation points either on the roof of one of the towers, 320 meters or an observation deck at the 54th floor, 230 meters.
Overnight in a hotel in Moscow

A day at your disposal in Moscow.
Optional trip (not included): We recommend taking an trip to Sergiev Posad, a small town located 75 km from Moscow. The town appeared in the 14th century around the Trinity Lavra (Monastery) of St. Sergius founded by one of the most esteemed Orthodox monks Sergy Radonezhsky. The ensemble of the monastery impresses with its colors and lavish decorations. There are more than 10 churches in the monastery, and the whole architectural complex is the UNESCO Heritage Site. Besides the monastery itself, you can find walking around the town where you will find a lot of interesting sites, for example, there is a charming Toy Museum, initially founded in 1918 in Moscow and then moved to Sergiev Posad in 1931. One of the sections is devoted to the beautifully decorated "matryoshkas" and other traditional Russian folk toys.
Return to Moscow.
Overnight in a hotel in Moscow

Transfer to the railway station and take a fast-speed train to Vladimir. The trains depart rather often so you may choose the most convenient. The train ride takes ca. 1.5 - 2 hours.
Upon arrival take a vehicle supported sightseeing tour of Vladimir. Vladimir is one of the oldest Russian towns, founded by the Russian Prince Vladimir in 1108. Later his grandson Prince Andrei Bogolyubsky moved the capital of Rus' from Kiev to Vladimir. Nowadays it is the regional center with several unique buildings preserved in the central part of the town. One of them is the Assumption Cathedral where you can still find frescoes painted by Andrei Rublev, the most significant medieval Russian artist. The St. Demetrius Cathedral will impress you by its walls carved with animals and biblical figures.
Overnight in a hotel in Vladimir.

A day at your disposal in Vladimir.
Optional trip (not included): Before moving on to Suzdal, we offer visiting Bogolyubovo, a small town only 10 km from Vladimir. The main landmark of the site is the Church of the Intercession on the Nerl River. It is a real masterpiece of ancient Russian architecture. The church is situated on a river-meadow where no cars are allowed, so visiting it means walking across this meadow for ca. 40 minutes one way. But you will surely enjoy it – the landscape is impressing.
In the evening transfer to Suzdal. The drive takes 30 minutes
Overnight in a hotel in Suzdal

Walking tour of Suzdal, a tiny picturesque town. Ages ago Suzdal was an important centre, but nowadays it is full of rural charm. Due to its numerous cathedrals and monasteries, Suzdal is often called an open-air museum. Located on the flat shores of a small river Kamenka Suzdal still has a couple of hills from where you can enjoy pleasant scenery unspoilt by modern architecture. The Suzdal Kremlin dates back to the 10th century. Apart from the Kremlin, there is the Cathedral of the Nativity with golden domes and 13th-century frescoes; the Archbishop's Chambers with beautiful 15th-century icons; the St. Euthymius Monastery with the white stone Transfiguration Cathedral and history exhibits.
Optionally you can visit one of the master classes at local craft centers. There is also an opportunity to see the icon making process. If you plan to visit Suzdal on July, 14-16 you will have an opportunity to celebrate the Cucumber Day. The best celebrations take place in the Museum of Wooden Architecture and Peasant Life.
Overnight in a hotel in Suzdal

Transfer to Ivanovo (80km). Sightseeing tour of Ivanovo, the youngest city of the Golden Ring. The settlement was first mentioned in 1608. In the middle of the 19th century, it became one of the major centers of the textile industry. As the textile industry traditionally involves more women than men Ivanovo is often called the City of Brides. During the tour, we'll visit the Textile Museum. Despite its industrial status there are several objects of cultural heritage in Ivanovo. In the center of the city, one can find many examples of constructivism – a form of modern architecture typical for the Soviet Union in the 1920s and early 1930s. There are many charming and picturesque parks on the shores of the small river Uvod running through the city center
Transfer to the railway station for the evening train to Yaroslavl. The train journey takes 2.5 hours.
Overnight in a hotel in Yaroslavl.

Vehicle supported city sightseeing tour of Yaroslavl, the capital of the Golden Ring route. On one of the streets, there is a monument to the zero kilometer from where the "Golden Ring" starts. Even though Yaroslavl is the largest city of the Golden Ring, it still has its rural charm. It is the oldest city on the Volga River founded in 1010. According to the legend Yaroslav the Wise, the ruler of the Kiev Rus' met an enormous bear at the confluence of the Volga and the Kotorosl Rivers. He killed the bear with a halberd and founded the city at this place. The bear with a halberd is still at the emblem of the city. During the tour, you will see several monuments to various bears – all of them were presented to the city for its 1000th anniversary. The oldest construction in the city is the Transfiguration Cathedral in the Spassky (St. Savior) Monastery built in the 15th century. St. John the Baptist Church is considered to be one of the most beautiful churches because of its walls and dome drums covered with richly glazed tiles. You can see the image of this church on a 1000-ruble banknote. Yaroslavl is famous for its theatre traditions: the first drama theatre in Russia – the Volkov Theatre appeared here in 1750. You will discover the history of the theatre during your tour. Strolling along the Volga and Kotorosl embankments together with the Millennium Park will leave unforgettable memories.
Overnight in a hotel in Yaroslavl

Day at your disposal in Yaroslavl.
Optional trip (not included): We offer a day trip to Kostroma, located 85 km from Yaroslavl. You can get there by regular bus or commuter train. Several trains and buses are going there and back every day. Kostroma was founded in the 12th century and used to be a craft and trading center due to its location on the Volga River shore. Though nowadays it is an industrial city there are quite many historical and cultural sites that attract many travelers. One of the most important is the Ipatievsky Monastery. Young Mikhail Romanov, the first tsar in the Romanov dynasty, lived in the monastery when he was offered to be a Russian Tsar. Since then all the Romanovs thought of the monastery as of their holy place. Close to the Ipatievsky Monastery, there is a lovely open-air museum of wooden architecture. In the 18th century, the city center was entirely reconstructed according to Catherine the Great plan. So sometimes guests say that it resembles St. Petersburg to some guests. On the main square, there is a monument to one of the most popular heroes in Russian history – Ivan Susanin. According to a legend, he was a simple peasant who saved Moscow from the Polish invasion. Don't miss a chance to taste local cheese at the Kostroma Cheese Market and learn why Kostroma is called the cheese capital of Russia. The local ice-cream is also delicious.
Overnight in a hotel in Yaroslavl

Day at your disposal in Yaroslavl.
Optional trip (not included): Today you can visit Rostov the Great, located 60 km from Yaroslavl. You can get there by regular bus or commuter train. Several trains and buses are going there and back every day. Rostov the Great nowadays is a rather small town, though it played an essential role in the Middle Ages. The main landmark of the town is its Kremlin, which has survived mostly unchanged over the centuries. Rostov Kremlin is one of the most attractive kremlins in Russia. It was originally built not as a fortress, but as a residence of the Metropolitan bishop Iona who had a passion for architecture. He spent over 20 years creating several large churches and buildings for the Metropolitan's Court and residence and magnificent walls with towers and gate churches. Rostov is also known for its unique craft – enamel, there is a small museum of enamel on the territory of the Kremlin, or you can easily see the variety of enamel jewelry at a souvenir market near the Kremlin.
In the evening transfer to the railway station for the overnight train to St. Petersburg. The train ride takes 11.5 hours.

Arrival in St. Petersburg in the morning.
Vehicle supported sightseeing tour of the city. You will learn a lot about more than 300-year-history of the city that was founded by Peter the Great to become the capital of the Russian Empire. The best architects were invited from all over Europe to build the new city. The city is fascinating due to its ensembles, as every new building constructed in the city center should have matched with the nearby houses to make a pleasant view of the street or square even if they belong to different architectural styles and epochs. That is why you never find a sky-scraper or a modern business center in the historical part of the city. During the city tour, you'll enjoy the ensemble of the Palace Square, drive along the Nevsky Prospect with its numerous palaces and cathedrals and see other main attractions.
Overnight in a hotel in St. Petersburg

Day at your disposal.
Overnight in a hotel in St. Petersburg

Transfer to the airport for the departure flight 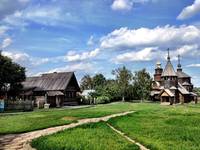 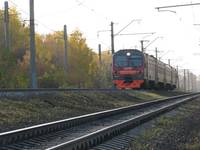