Arrive in St. Petersburg, the second largest city in Russia located in the north-west of the country. St.Petersburg was the capital of Russia for more than 200 years. Today it is often called a cultural capital due to its numerous theatres and museums. The city boasts fascinating ensembles where every new building constructed in the city centre should have matched with the nearby houses to make a pleasant view of a street or a square even if these buildings belong to different architectural styles and epochs. Transfer to the hotel.
Overnight in a hotel in St. Petersburg.

Vehicle supported sightseeing tour of the city. You will drive along the Nevsky Prospect with its gorgeous palaces and cathedrals, see the ensemble of the Palace Square, the spit of the Vasilevskiy Island and the Admiralty.
Overnight in a hotel in St. Petersburg.

A day at your disposal in St. Petersburg. In the evening take a fast-speed train to the north-east of St. Petersburg to Petrozavodsk. The train ride takes 5 hours. Petrozavodsk is the capital of Karelia, Republic in the north-west of Russia famous for its untouched nature and numerous picturesque lakes surrounded by vast forests. There are more than 61 thousand of lakes in the area.
Overnight in a hotel in Petrozavodsk.

In the morning take a hydrofoil ride along the Lake Onego, the second largest lake in Europe to get to the Island of Kizhi. There is a unique wooden architecture museum included in the UNESCO World Heritage list. The main attraction is the 37m high Transfiguration Church with 22 wooden domes. It is one of the tallest wooden buildings in Northern Europe. Return to Petrozavodsk late in the afternoon, and in the evening take an overnight train to Moscow, the capital and the largest city in Russia. The train ride takes 12 hours.
Overnight on train

In the morning arrive in Moscow at Kursky Railway station. Start the day with a vehicle supported sightseeing tour of Moscow. Moscow is a dynamic developing metropolis with more than 800-years history. During the tour you will see how different epochs can coexist at one city: the Red Square with St. Basil Cathedral and the Kremlin and the newly constructed modern Zaryadye Park; the first Russian sky-scrappers the so-called Stalin Sisters built in 1950s in the original Stalin Ampere style and the business center Moscow city (the tallest tower in the complex is 373 meters high). Optionally you can visit one of the observation points either on the roof of one of the towers, 320 meters or an observation deck at the 54th floor, 230 meters. Transfer to the hotel. Free time.
Overnight in a hotel in Moscow.

Free day in Moscow. Overnight in a hotel in Moscow.

Transfer to the railway station and take one of the high-speed morning trains to Vladimir, one of the oldest Russian towns. Vladimir is a part of the Golden Ring tourist route that includes several ancient towns in the central part of Russia to the east of Moscow. The train ride takes ca. 1.5 - 2 hours.

Upon arrival take a vehicle supported sightseeing tour of Vladimir. Vladimir is one of the oldest Russian towns, founded by the Russian Prince Vladimir in 1108. Later his grandson Prince Andrei Bogolyubsky moved the capital of Rus' from Kiev to Vladimir. Nowadays it is the regional centre with several unique buildings preserved in the central part of the town. One of them is the Assumption Cathedral where you can still find frescoes painted by Andrei Rublev, the most significant medieval Russian artist. The St. Demetrius Cathedral will impress you by its walls carved with animals and biblical figures. Drive to Suzdal (ca. 30-40 min, 36 km), a tiny picturesque town, also a part of the Golden Ring route.
Overnight in a hotel in Suzdal.

Walking tour of Suzdal, a tiny picturesque town. Ages ago Suzdal was an important centre, but nowadays it is full of rural charm. Due to its numerous cathedrals and monasteries, Suzdal is often called an open-air museum. Located on the flat shores of a small river Kamenka Suzdal still has a couple of hills from where you can enjoy pleasant scenery unspoilt by modern architecture. The Suzdal Kremlin dates back to the 10th century. Apart from the Kremlin, there is the Cathedral of the Nativity with golden domes and the 13th-century frescoes; the Archbishop's Chambers with the beautiful 15th-century icons; the St. Euthymius Monastery with the white stone Transfiguration Cathedral and history exhibits.
Overnight in a hotel in Suzdal.

In the morning transfer to the railway station in Vladimir to take a fast-speed train to Nizhny Novgorod, a large city located on the confluence of the Volga and the Oka rivers. The train ride takes ca. 2 hours. Vehicle supported sightseeing tour of Nizhny Novgorod. The city was founded in the 13th century as a fortress on the southern border of the Vladimir-Suzdal principality but was ruined by Tatars during one of their raids. Nevertheless, it was rebuilt after the end of the Tatar-Mongol invasion and became a major trade centre. Thousands of merchants from all over the world mostly from India, China and Iran came to the annual Nizhny Novgorod Fair (Yarmarka). Originally the fair was founded in the 16th century at the walls of the Makaryev Monastery, 100km from Nizhny Novgorod but then because of the fire it was moved in Nizhny Novgorod, and by the 19th century, the Nizhny Novgorod Fair became the largest trading centre in Russia. During the tour, you’ll see the main building of the fair which is nowadays an exhibition centre. You will also walk along the Volga River Embankment and realise the grandeur of the river; it is ca. 2km wide in the city centre. The Nizhny Novgorod Kremlin is one of the largest; it has 13 towers and a 2km wall. Transfer to the hotel.
Overnight in a hotel in Nizhny Novgorod.

Free time in Nizhny Novgorod.
Optional trip (not included): You may like a day trip to Gorodets, a small ancient town founded in the 12th century, nowadays a local craft centre. There are pretty many nice small museums: for example the Gingerbread Museum, the Samovar Museum. The museum complex “Gorod Masterov” (the town of craftsmen) offers a great variety of master classes. In the evening transfer to the railway station to take an overnight train to Perm, the capital of the Ural Mountains. The road takes ca. 14 hours.
Overnight in a hotel in Perm.

Arrive in Perm in the afternoon. Transfer to the hotel. Vehicle supported tour of the city. Perm is located just on the European side of the Ural Mountains. As well as many other Ural cities, Perm appeared because the minerals particularly salt and precious metals were discovered in the mountains. Nowadays Perm is not only a large industrial city but also a major cultural centre. Perm is a native town of Ballet impresario Sergei Diaghilev, and there is a museum in his former mansion. The Perm Opera and Ballet Theater is one of the leading in Russia after St. Petersburg and Moscow theatres. Optionally you can visit opera or ballet at the Perm theatre in the evening.
Overnight in a hotel in Perm.

Day in Perm at your disposal.
Optional trip (not included): We recommend a full day trip to the Belogorsky Monastery and the Kungur Cave. The Belogorsky Monastery of St. Nicholas was built in 1894 on the top of the Mount Belaya, 450m, in the Ural Mountains. The view from the monastery is fascinating, and that is why this place is one of the key attractions of the region. The Kungur Cave is located in the Ledyanaya (Ice) Mount and is about10-12 thousand years old. It is the largest gypsum cave in Russia and the fifth largest in the world. The cave is almost 6km long, but due to the safety reasons, the tourist route is only 1.7 km. There are 48 grottos of different size and more than 70 lakes. The temperature inside the cave is always +5 degrees except for a couple of grottos where it is always -2 degrees, so if you travel in summer take care of warm clothes.
In the evening transfer to the railway station for an overnight train to Kazan. The train ride takes 14 hours. Overnight on train

Arrive in Kazan in the morning. Vehicle supported tour of the city. Kazan is the capital and the largest city of the Tatarstan Republic. It has more than 1000-year history and nowadays is a charming and tourist-friendly city with a unique combination of Russian Orthodox and Tatar Islam cultures. Even the names of the streets are written in two languages – Russian and Tatar. During the tour, you will see the Kazan University, the second oldest university in Russia; the Lake Kaban and the Kamal Tatar Academic Theatre. You’ll take a short walk in the Millennium of Kazan Park to see the 40-meter bowl “Big Kazan” – the symbol of the city. You will visit the Kazan Kremlin – the most interesting Kremlin in Russia. Transfer to the hotel.
Overnight in a hotel in Kazan.

Free day in Kazan.
Optional trips (not included): You can spend the day at one of the biggest in the world aqua parks – “Riviera” aqua park or take a full day trip to one of the nearby sites:
- Sviyazhsk town-island, founded as a fortress on an island at the confluence of the Volga and Sviyaga Rivers, 60 km from Kazan. Nowadays the island is connected to the land by a dam so you can get there by vehicle.
- Bulgar town, located on the left bank of the Volga River, 140 km from Kazan. The town used to be the political centre of the Volga Bulgaria, the most northern Muslim state. Nowadays it is a small town full of archaeological and architectural museums and sites. At the Quran Museum, there is the biggest printed Quran in the world.
Overnight in a hotel in Kazan

Transfer to the railway station to take a train to Pyatigorsk, a city located in the North Caucasus.
The train departs in the afternoon; the train ride takes 1 day and 19 hours. The train passes 2004 km, and you can see through the train window how the scenery gradually turns from woods into steppes. The first half of the journey you will ride near the Volga River with short stops at the railway stations of Ulyanovsk, Syzran, Saratov, Volgograd and other towns of the Volga Region. While travelling across the Kuban region, you won’t pass big cities but will see small villages with white-washed houses. At the end of the journey, you will enter the mountainous Caucasus region.
Overnight on train.

A day on a train is a good time to relax and enjoy changing scenery behind the window.
Overnight on train.

Arrive in Pyatigorsk in the morning. Transfer to the hotel for a short rest after the train journey. Vehicle supported city tour of Pyatigorsk, the mineral water resort and the recreation centre. Pyatigorsk is well-known for its mineral springs, pleasant climate and mountains covered with woods. Five mountains surround the city and hence comes its name, translated from Russian as "the town of five mountains" where Pyat’ means five and Gora means mountain. The Mashuk Mount, 994m, is the most popular one. Optionally you can take a cable lift to the top of Mashuk to enjoy the view of the city and the Caucasus Range. Free time in the area.
Overnight in a hotel in Pyatigorsk.

A picturesque drive ca.3-4 hours through the mountainous region to the Elbrus area and the Baskan Valley. Mount Elbrus is a beautiful white giant overlooking from the sky with its two snow peaks the highest of which is 5,642m. Take a chair lift to 3100m on Cheget Mount to get the best view of Mt Elbrus and the area. Walking along the Baksan valley to breathe the fresh air and enjoy the beautiful mountains around. You can try the Balkar cuisine in one of the local cafes.
Overnight in a hotel in Pyatigorsk. 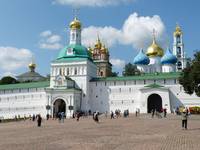