Transfer from the airport with a sightseeing tour of Moscow on the way. Moscow is a dynamic developing metropolis with more than 800 years of history. During the tour you will see the main highlights of the city, learn a lot about its history and present-day life. Accommodation at the hotel. Overnight in Moscow.

Today you will explore the city on foot and local transport. Start the morning by looking inside main citadel of Russia, the Kremlin. You will see governmental buildings, will be surprised by the size of the Tsar Cannon and the Tsar Bell and will enjoy the masterpieces of ancient Russian icons and frescoes in old Cathedrals. Leaving Kremlin walk through Alexander's garden, pass the honour guard and walk along the Red Square to admire its vastness and beauty and see the ancient St. Basils Cathedral (from outside) dating back to the 16th century. Tour of the Moscow metro, which is considered to be the most beautiful in the world.

Check out from the hotel. Free time in Moscow. Transfer to the train station for the train to Ekaterinburg, departure late in the afternoon.

Morning arrival in Ekaterinburg. Ekaterinburg is the main city in the Ural Mountains. Here you may see one of the symbolic borders between Europe and Asia. The city is probably the most known as the place where Romanov's family (Russia's last tsar family) was shot by Bolsheviks in 1918. Sightseeing tour. During the tour you will see statues of Ekaterinburg’s founders and communist leaders, your guide will tell you some local stories and legends related to them. Visit splendid Church of Spilled Blood at the Romanovs’ Death Site and the Chapel of St. Elizabeth. You will observe beautiful views of Ekaterinburg and the City Pond from an embankment and from the Hill of Ascension. Transfer to the hotel. Overnight.

Check out from the hotel. Transfer to the railway station for the train to Irkutsk. Departure at midday

Arrival in Irkutsk in the evening. Transfer to the hotel. Irkutsk is one of the few Siberian cities that managed to save their historical view. In Russia, it is most known as the place where participants of the December uprising in 1825 were exiled. Most of the so-called 'Decembrists' were noble people, they came from St. Petersburg with their families and founded a cultural stream in Irkutsk.

Drive to Listvyanka village located on the shore of Lake Baikal (ca. 70 km). Baikal is a unique lake not only because of its size but because of its water structure and the role of the Lake in the life of people living on its shores. It is considered as a holy place in different religions. On the way we stop in Taltsy - an open-air wooden architecture museum to see typical wooden buildings from different parts of Baikal region: houses, farmsteads, churches, and a school building. Continue to Listvyanka, visit the Limnological museum to see the freshwater seal – Baikal nerpa. Visit the local market full of local hand-made produce. Transfer back to Irkutsk. Overnight in a hotel

Check out from the hotel. Free time in Irkutsk. Transfer to the train station for the train to Ulan Ude departing in the evening

Arrival in Ulan Ude early in the morning. Transfer to the hotel for early check-in. Breakfast in a hotel. Drive ca. 30 km out of Ulan Ude, to the foot of Khamar-Daban Mountain range to visit Ivolginsky Datsan, the centre of Buddhism in Russia, where unique pieces of old Buryatian art and ritual objects are preserved. Datzan is a residence for the preserved body of Khambo Lama Itigelov who died and was buried in 1927, but in 30 years his body was exhumed under his wish and transferred back to the monastery. The body was without any sign of decay. Return to the city.

Check out from the hotel. Free time in Ulan Ude. Transfer to the train station for the train to Vladivostok. Late afternoon departure.

Arrival in Vladivostok. The city is one of the biggest seaports in Russia which makes it one of the biggest trading centres. Transfer to the hotel for check-in. Tour of the city. During the tour you will see the picturesque embankments where the city was founded; walk along the central streets with old mansions. Visit the C-56 submarine museum. You will observe the city panorama from the viewing point on the highest hill in the city – “Eagle Aerie”. Overnight at the hotel.

Transfer to the airport. Flight home. 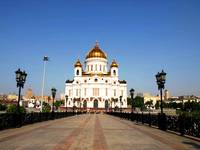 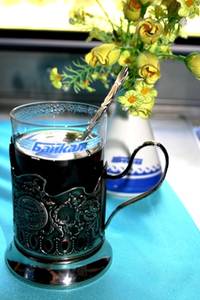